Exciting discussions between Agroscope's research team and organic producers took place during the site visit in August. The take-away? Resilient greenhouse production have a favorable echo with Swiss organic production. 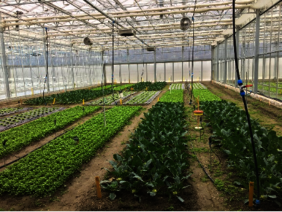 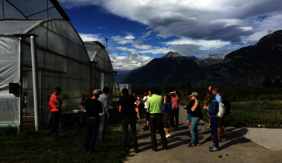 Exciting discussions between the Agroscope research team and organic producers took place on diverse topics; the potential for saving heating energy, optimizing soil biodiversity, the use of flower strips for the maintenance of biocontrol insects allowing a permanent biological control during crop rotations, among others.

In addition, some challenges posed from Greenresilient project innovations were discussed such as the lack of technical treatments of the crop during mites and other pest attacks. However, the overall outputs of such agricultural practices are positive for organic growers. Several producers told us that they would like to stay aware about the further research results from the Greenresilient project. In the mid-term future, the ultimate challenge will be to support these Swiss producers in the implementation of such agroecological approaches to greenhouse production.